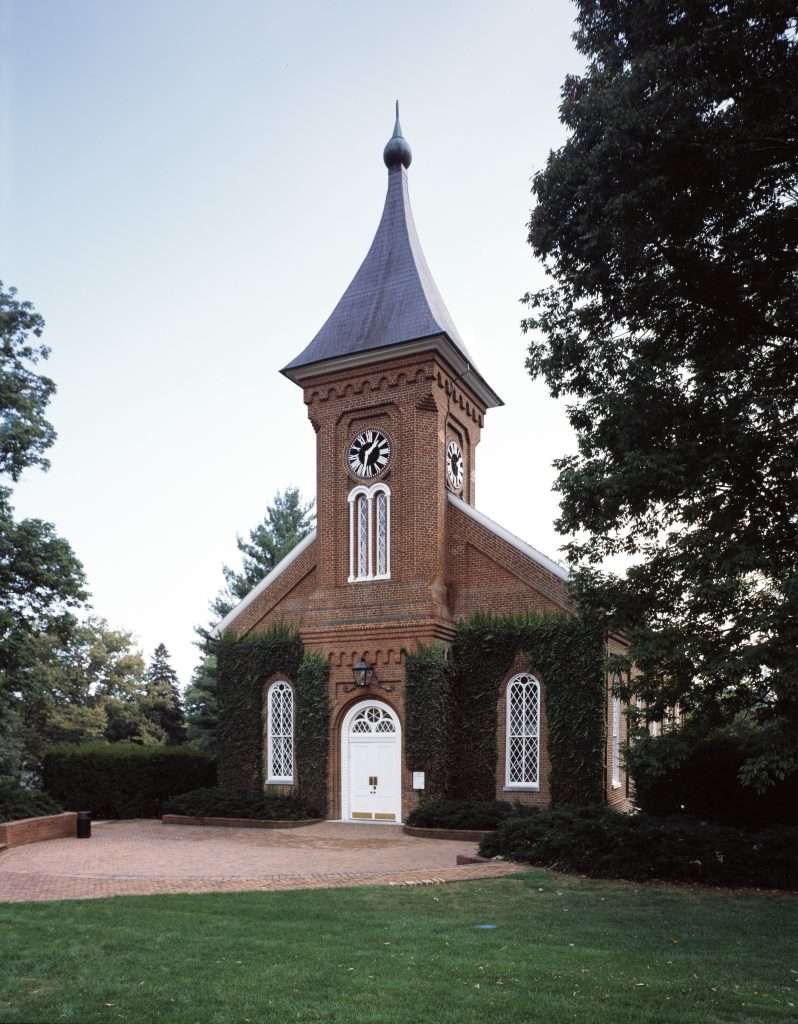 Lee Chapel's spired clock tower rises above the tree-shaded campus of Washington and Lee University (formerly Washington College) in Lexington, Virginia. The final resting place of Confederate general Robert E. Lee, Lee Chapel is popularly known as "the Shrine of the South." The former general served as president of Washington College from October 1865 until his death in October 1870. During his tenure Lee recommended the construction of and helped design a new chapel for worship and assembly. His wife, Mary Custis Lee, selected the chapel as Lee's burial site, and he was interred in a vault in the chapel basement. A mausoleum addition that houses sculptor Edward Valentine's memorial statue of the recumbent Lee was dedicated in June 1883. The nondenominational chapel was named a National Historic Landmark in 1961, and continues to accommodate large gatherings and special events.