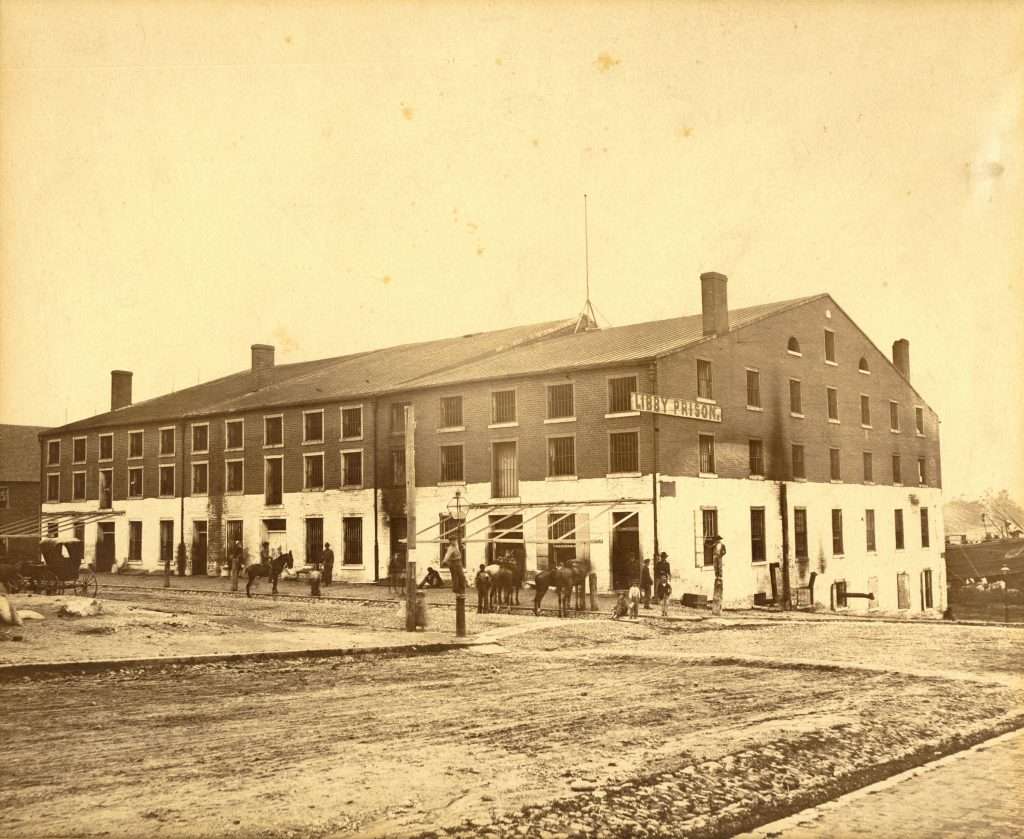 In a photograph taken after Confederate forces evacuated Richmond in April 1865, men and boys—including a boy hanging onto the lamppost at center—pose in front of Libby Prison at the corner of Cary and 20th streets. In March 1862, Confederate officials converted L. Libby & Sons, a shipping and grocery company located in an isolated section of Richmond, into a prison for captured Union soldiers. Originally built as tobacco warehouses, the three-building complex was interconnected by inner doors.

At first, Libby Prison housed Union soldiers of varying rank, but within several months only officers were confined there. Harsh conditions in the prison—including disease, overcrowding, and hunger—made it a cause célèbre in the North. Editors of the Richmond Enquirer, however, angrily refuted those charges, claiming that the Libby inmates enjoyed "sumptuous living" compared to the "poor and scanty fare" endured by their Confederate counterparts.

In March of 1864, the Union officers at Libby were transferred to a new facility in Macon, Georgia, due to security issues and the scarcity of provisions in Richmond; nonetheless, when this photo was taken the following spring, the corner building still bears the sign "Libby Prison." After the war ended, federal authorities used the buildings to incarcerate former Confederates.