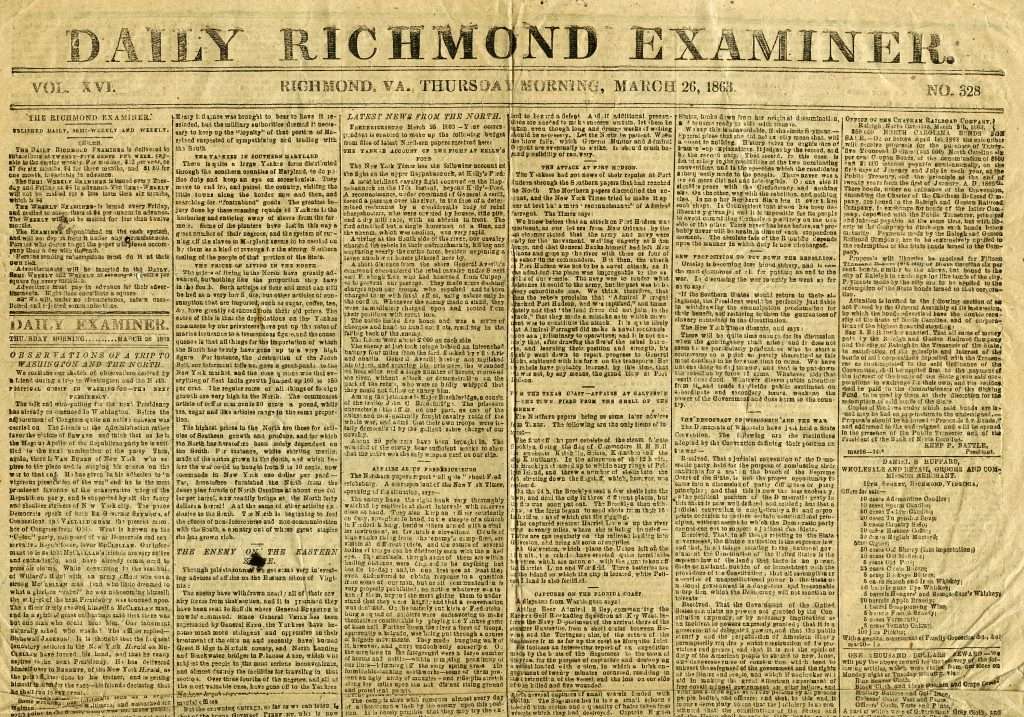 The March 26, 1863, morning edition of the Daily Richmond Examiner includes Civil War news, much of it drawn from Northern papers due to the lack of information being disseminated by Confederate authorities. Nonetheless, the paper was staunchly partisan. One article printed under the headline "THE YANKEES IN SOUTHERN MARYLAND" accused Northern soldiers of "the harboring and enticing away of slaves from the farmers." The author of the article went on to write that "some of the planters have lost in this way a great number of their negroes, and the system of running off the slaves in Maryland seems to be carried on by them as a kind of revenge for the strong Southern feeling of the people of that portion of the State."