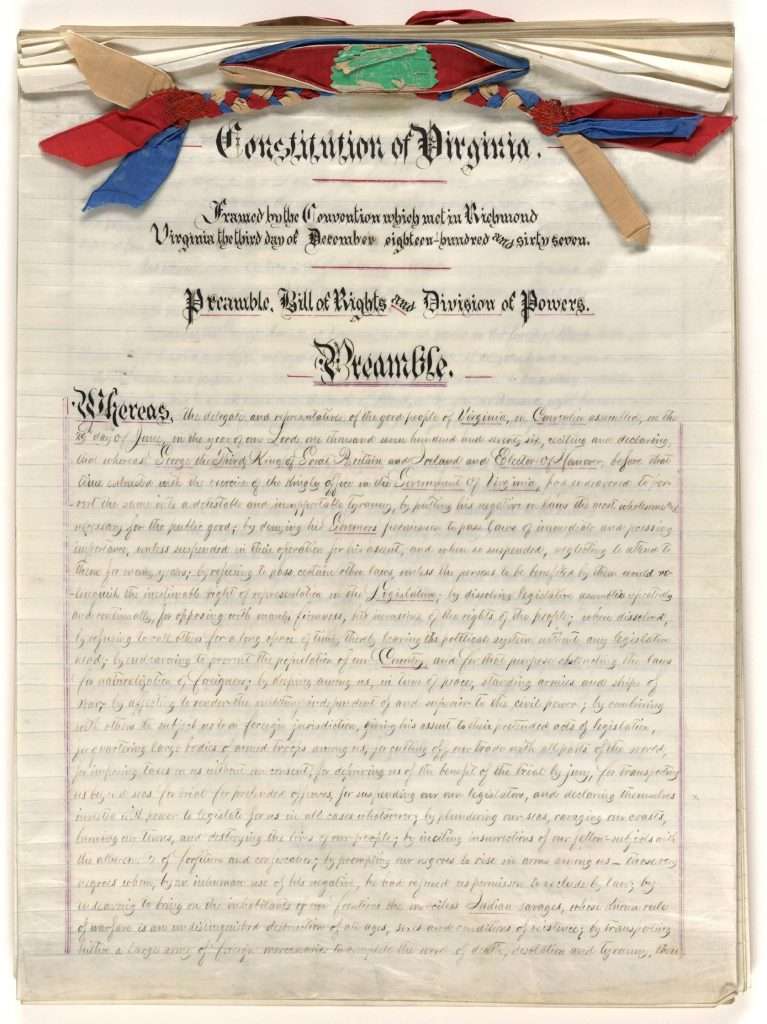 Constitution of Virginia. Framed by the Convention which met in Richmond Virginia the third day of December eighteen-hundred and sixty seven.

This handwritten document is the first page of the Virginia Constitution, rewritten as part of federal Reconstruction requirements after the Civil War. Statewide elected officials, meeting in a convention in Richmond that began on December 3, 1867, drafted and adopted the new constitution on April 17, 1868. Among its provisions were universal manhood suffrage and the establishment of public schools throughout the state. Voters ratified an amended version of the constitution on July 6, 1869.