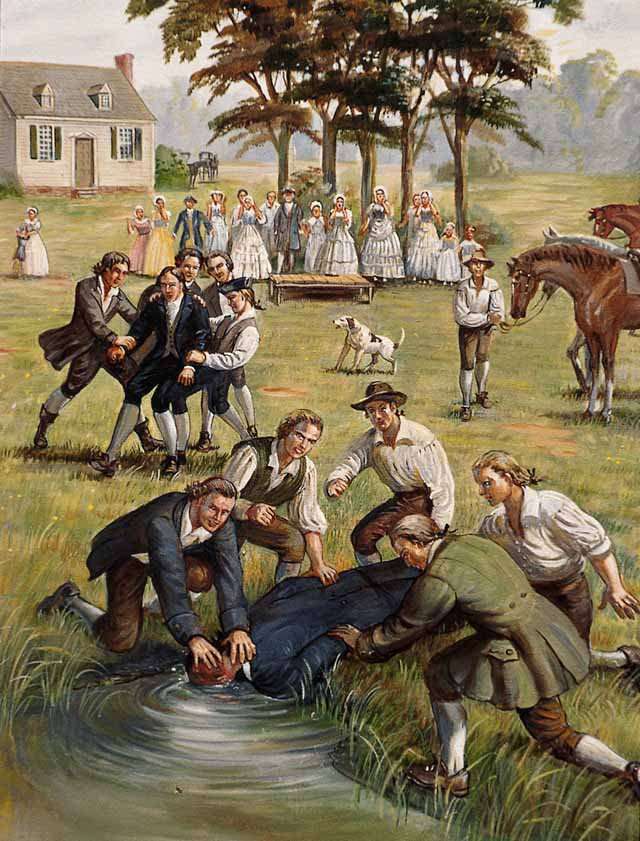 In this modern oil painting by Sydney King, Baptist pastor David Barrow and his "ministering brother" Edward Mintz are seized and dunked in the Nansemond River in the midst of a 1778 religious service near Portsmouth. Dozens of ministers were attacked by local mobs in the formative period of Baptist expansion. The reasons for such opposition ranged widely, from a critique of adult baptism and other practices related to biblical literalness to concern that the fast promotion of uneducated preachers inappropriately elevated men who could be socially dangerous in leadership roles.