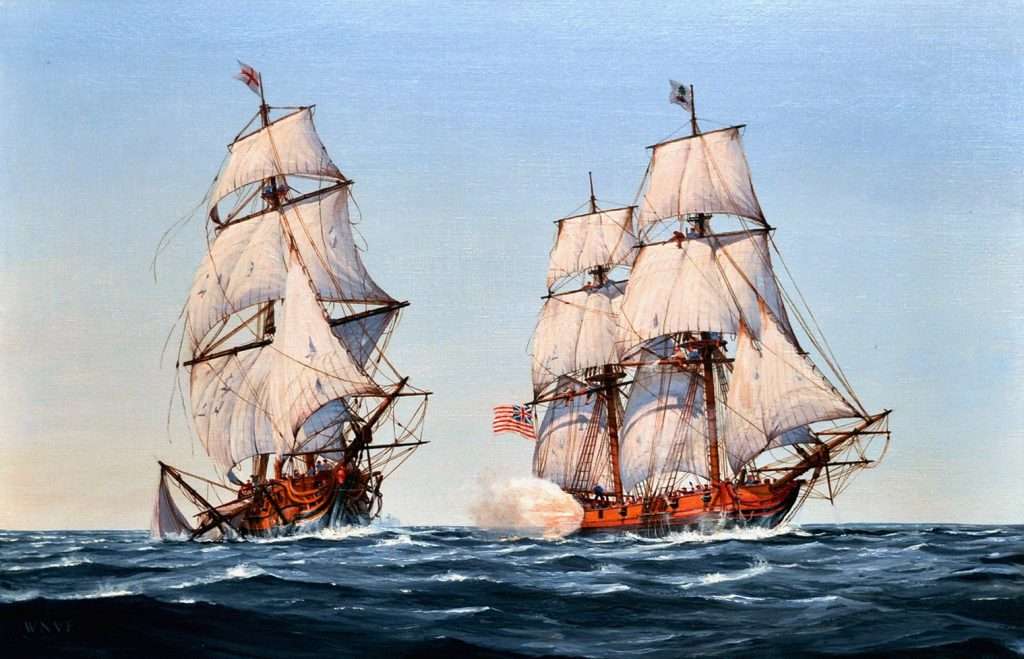 This undated painting depicts the Revolutionary War battle that took place between a Virginia Navy cruiser under the command of James Barron and the British naval brig HMS Oxford. After spying the British vessel, at left, Barron raised the unofficial American flag seen flying from his vessel and fired on the enemy ship. Though the Virginia ship was vastly outnumbered by British sailors, Barron ordered his men to aim their cannon fire at the opposing ship's rigging and mainmast. This strategy worked, and the HMS Oxford was captured and brought to Jamestown.

This painting is displayed at the Navy Art Gallery at the Washington Navy Yard.